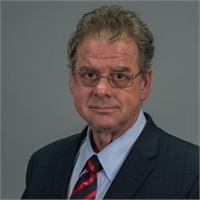 Chris Roussel was born and raised in New Orleans, LA. He graduated from Louisiana State University in 1985 and opened his first business in 1982. However, owning his own printing company wasn’t enough for Chris- he wanted to help people too.

In 2002, he began a new chapter with Guardian as a Financial Representative for The Producers Group in New Orleans, LA. Due to his standout leadership mentality, Chris was promoted to Managing Director after just three years in the business. He achieved Leaders Club, and the Presidential Citation Award while in the Managing Director role. Chris was then named Career Development Manager in 2012 and promoted to our Mobile office.

Upon arriving in Alabama, he rebranded and restructured the firm to what it is today and officially became the General Agent of the Mobile office and the Fairhope office in 2016. Now, Chris has partnered with Stewart Davis to further expand his territory and help see North Florida Financial into the future. Chris runs a total of six offices ranging as far north as Quitman, GA, as far west as Mobile, AL, as far east as Jacksonville, FL, and as far south as Ocala, FL.

Chris met his wife of 33 years while attending LSU. They have four children together and their eldest son, Taylor Roussel, works as the Disability Income Specialist at our Mobile office. Chris recently became a grandfather and enjoys spending time with his two grandchildren.